From London With Love: Bernard Ilsley Returns To The Ridgefield Playhouse
Feb 28, 2020 09:21AM 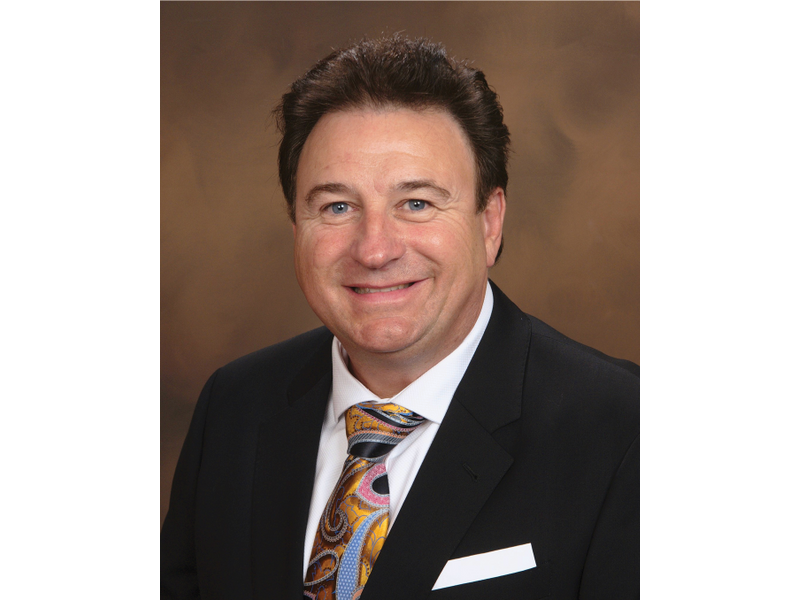 Bernard Ilsley, “The London Medium,” is a third-generation psychic, Ilsley not only sees the future, but also can contact loved ones and ancient spirits and tap into past lives.

Natural Awakenings connected with Ilsley to discuss his special gift and return performance at
The Ridgefield Playhouse on March 31.

How did you make your transition into working as a medium on a full-time basis?
My transition began in my late teens when I would drive my grandmother, who was a well-known medium, to New Age expos. They were happening every weekend in the UK at the time. As people would be waiting in line, they would ask me, since I was related, if I “could tell them something.” As I did, it became apparent that I had the gift, too. I then went on to develop my abilities in development circles run by my grandmother.

How can someone connect with a deceased loved one in a dream state?
When in the dream state, we naturally ascend briefly to the higher vibrations of the spirit realm. It is possible to set the higher conscious mind or the subconscious mind by the conscious mind before you sleep. It’s similar to when a person says, consciously, I wish to wake at 6:30am, and then they do. So, before you go to sleep, with your conscious thought, you ask for the person you wish to communicate with and hopefully, eventually, that will happen.

How do you define the soul?
The soul is a unique mass of conscious divinity.

How do we determine what our soul is here to do?
The best way is by listening to one’s inner self. This can be done through practicing meditation, stilling the mind to listen to the soul, which is an intrinsic part of the divine.

Albert Einstein said the most important question a person can ask is if the Universe is a friendly place. In the face of what seems like a lot of negative events in the world, what do you think?
From the beginning of time and creation, good and evil has existed—yin and yang. There is an equal amount of good and an equal amount of bad in the world as energy, exactly the same amount as at the beginning of creation. This energy moves around the earth like clouds, so good and evil can exist anywhere at any time. By using one of the other fundamental spiritual laws, that like energy attracts like energy, we can use our conscious mind and intention to attract the good and repel the evil.

What are you most passionate about right now?
I am passionate about many things, but perhaps at this time, raising the collective consciousness of people to an awareness to help themselves, their loved ones, their environment and planet, is at the top of my list. I hope that such inspiration is gained from my theater shows, and the audience sees proof of connections to their loved ones and the divine, by witnessing the power of love.

Make contact with departed loved ones, consult ancient spirits and angels about the future and learn about past lives when third generation psychic, Bernard Ilsley: The London Medium returns to The Ridgefield Playhouse.

One of the most gifted psychics of this century, Ilsley has been a trusted adviser to Led Zeppelin’s Robert Plant for many years. Bernard Ilsley is a third-generation psychic. He works with spirit guides and he is able to consult each different spirit guide depending on which specialized subject he is working on for the individual consulting him. His first connection with his spirit guides occurred when he was eight years old. While painting an egg, he found he could tune out to tune in and his spirit guide painted an ancient Chinese pattern. He joined a development circle in his late teens, run by his grandmother, herself a medium by the name of Edith Cole, well known in the media and often appearing in newspapers and on BBC radio.

Bernard’s grandfather, Edward Cole, sat in circles and studied spiritual philosophy for over fifty years, influencing the young Bernard, in his formative years. Bernard went on to sell out a theater and town hall tour at the age of twenty-three. He has also performed mantras and meditations on stage, teaching and lecturing on spiritual philosophy throughout the world. His recordings now play on every continent in the world. He is the only medium to have been invited to the private theater at Chatsworth House in 2010, by the current Duke and Duchess of Devonshire. While there, he wrote and performed a poem, given to him in a dream, from Mary Queen of Scots. He has also visited and held meditation circles in the home of the rock legend, Robert Plant of Led Zeppelin fame.

Ilsley appeared as himself in the hit comedy series, “High Spirits.” He has written, produced and published the book, Divinus Spritus & the CD, Prima Luce and has been featured in many publications, including the New York Times and the book Octopus.

ONE-ON-ONE PSYCHIC READING UPGRADE AVAILABLE!
Must have an event ticket to purchase. These special one-on-one readings will be available via box office only. Call 203-438-5795 to purchase and schedule. The readings are available April 1st-3rd.

Friday can't come soon enough. Looking forward to speaking with you. You have always been spot on with me.. Barb 2018 (New York)
Barb

I enjoyed attending the show! It was awesome to see Bernard in action sharing his gifts with the audience! Never have I seen anyone like him before. Thank you Ridgefield Playhouse for hosting the show!
Lisa Erlacher Jovanelly (2019)

Bless your heart - and Dr. Chan. With all my heart I thank you both (and spirit and John ). Just amazing - this time last week my face was so swollen that everyone who saw me said '' tooth/abscess problem''. But you and Dr.Chan said '' soft tissue damage '' and that with healing from Dr. Chan it would recover. Every day Bernard it has been getting better and today it is good. I have told everyone I know about it - So many people tried to get me to go to the doctor / dentist. You said that I didn't need to see a doctor or a dentist - and I didn't. Bless you again for everything and for ''being there''.
Vilna.x. (Derbyshire UK) 10/07/2007

Dear Bernard, Thank you so much for my reading! It made me feel much, much better! Thank you also for the reading last year. It was dead-on! ...and Aphrodite did send her arrows! Thank-you for cheering me up! With Best Wishes
Diana (UK) 2000

I saw you many years ago and you were very accurate. I would like another reading.
Ashwinder (UK) 1999

Thank you very much for your kindness and insight. It made a lot of sense all that you said. I really appreciate it. Namaste
Kevin (Ireland)2002

Dear Bernard, I wanted to write to thank you for my previous lives reading. I finished listening to it this lunchtime and I am overwhelmed and cannot thank you enough. I listened very carefully to all that you said, maybe the full impact of which hasn't really sunk in yet. But I had to write to you to thank you from the bottom of my heart. God Bless
Sharon D (UK) 2003

Bernard, was tapped in, tuned in, and turned on to his "channels" and Spirit Guides last night at The New Vic Theater! Man, oh man, oh man! He walked onto the stage, visually took in his audience as he said hello, and immediately started doing open clairvoyant readings. He explained later, that he could see bouncing light above people's head's. He received more and more information just hearing the sound if their voice audibly say "yes". The Energy frequencies he receives are so amazing! I have never been in the presence of anything like this in my life. Health and healing, legal counsel, compassion from a mother, brother, father. Answers to lifelong questions, and names he could never know! A Gifted Being, a Receiver. Thank you to you, dear Bernard!
Shelley V (California) 2018

Thank you for my readings, i came to see you ten years ago and you got everything correct, i have been to see others since but they was no good your the only one who has been right thank you, do you do reading in person as my mom and aunt would like a reading but not on the phone or by mail only in person, they have seen you before some years ago, do you do group readings would you please email me back as soon as possible so i can let them know with the information and the prices many thanks.
Elaine (UK) 20/08/2007

Dear Bernard, I trust I find you in the very best of health. I wanted to put pen to paper to thank you for the profound and life changing effect you've had since our first reading in Birmingham, in your New Street office, in 2004. I've had several readings since then and each one was full of deep, meaningful and sincere guidance on the possible paths in my life. To say the road in my life had been easy would be understatement however I had heeded your comments with intense interest and this had steered me a more positive direction. To a lay person, it would be difficult to explain the unbelievable accuracy and insight from each reading. I know the heartfelt sincereity in your advice and I thank you warmly. There are many points we had discussed where the route taken could have lead to disastrous consequences however with your help, these negative paths had been averted. I am a far knowleadgeable about the pitfulls in the future and I can honestly say with unequivocall truth that I owe my current w
Sabu (UK 20/09/07)